Metallurgical Industry stabilizes his production in 2014

In 2014, Metallurgical Spanish Industry supported the production figures of brute steel of the previous year, with figures of 14,2 millions tons to the closing of the exercise.

In reference to the differents qualities, the alloyed steels did not suffer scarcely variations in 2.014, the decrease did not manage to reach 1% about 2.013. However, the category of the stainless increased 10% and the rest of the alloyed steels were kept in the same number than previous year.

Deliveries to the market of metallurgic products, experienced an increase in 2.014, after the decreases of previous years, they raised 2%.

Consumption of metallurgical products raised almost 6%, with a figure that reached 10,5 millions tons. According to Unesid (Union of Metallurgical Companies), this increase was a fruit of the recovery of the inventors between clients and the differents chains of distribution.

In addition, the real consumption ascended due to the improvements incorporated in the automotion area and cessation of the fall in building sector.

Forecasts for the future are optimistics. According to Andrés Barceló, general manager of Unesid, the trend is continue with the raise of 2.014 if the consumption levels are keep.

However, these sparkles of recovery have not reflected in the improvements of sales prices, having fallen 3,5% in 2.014. 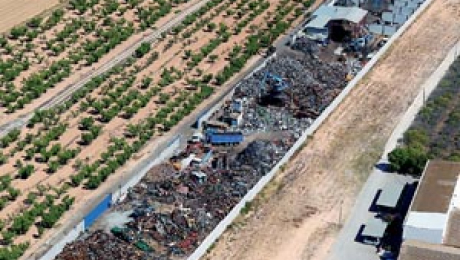